The winning house at 1203 Tamarack Trail in Iowa City received the most votes on the Iowa City Parade of Homes mobile app – sponsored by CBI Bank & Trust – home-touring enthusiasts used to rate during the scattered-site event. The home will grace the cover of the 2023 Iowa City Area HBA Parade of Homes guidebook and promotional poster.

“Amy and I started Elevation HomeBuilders in 2017 with focus thoughtful use of space, trend setting ideas, and attention to detail to set our company apart. The Elevation Team is grateful to receive the People’s Choice award and tribute to an amazing business partner and best friend” said Nate Knause, co-owner of Elevation HomeBuilders.

Co-owner Amy Pretorius unfortunately passed away the week after the Parade. Amy’s legacy for sense of style lives on in the homes she built and designed, and this home is no exception.

The Greater Iowa City Area HBA Lego Parade of Homes People’s Choice winner has also been named. Oliver, age 9, of Iowa City garnered the most votes with his Eco-friendly Mansion submission. The contest, sponsored by Randy’s Flooring was open to youth aged 17 or younger. Oliver took home a $50 gift card to Herteen & Stocker provided by Locals Love Us – Iowa City. 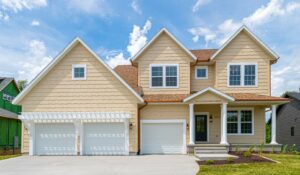 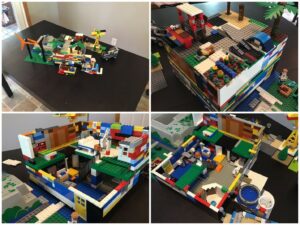 “An eco-friendly mansion for people who love amnesties and are environmentally conscious!” is how Oliver, age 9, describes his Lego home that won the People’s Choice in the 2023 Lego Parade of Homes.